No sooner has one life-changing invention trickled its way down the stream to mass market consumption, experts are already at work improving, enhancing and transforming that invention into something else entirely, something designed to add unimaginable levels of convenience and comfort to the lives of consumers.

This rapid technological evolution isn’t limited to gadgets and goodies such as smartphones or tablets; it affects everything, everything from the way we use the gym to the way we fill up our cars, and yes, even the very way we make those everyday purchases. 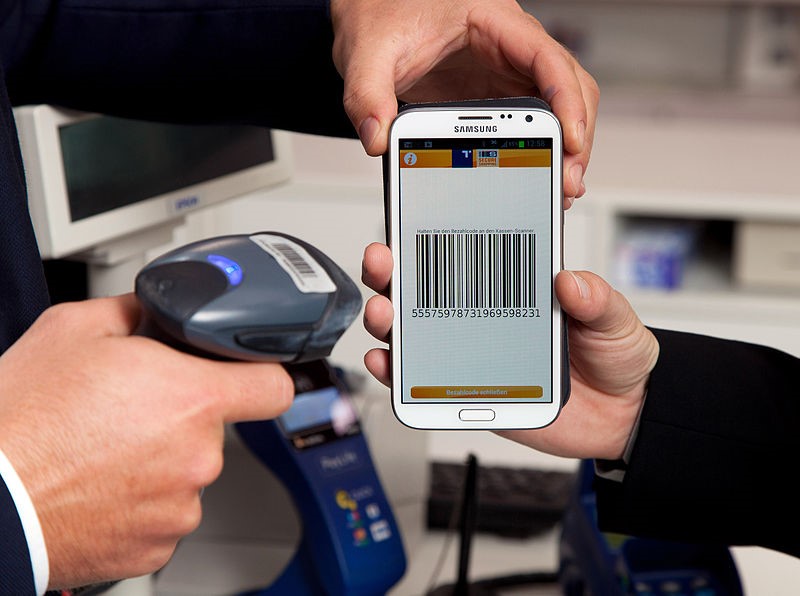 The apex of contactless?

Contactless officially became ‘a big deal’ with this summer’s UK launch of Apple Pay[1], the technology giant’s digital wallet which arrived from America with the kind of hype and hoopla normally reserved for the release of the latest iPhone.

Hitting the market three years after a similar product launched by Google, the digital wallet platform is designed to eradicate the need for cash or chip ‘n’ pin when making small purchases, instead requiring the user to do little more than tap their iPhone, iPad or Apple Watch on a contactless payment terminal.

For the Apple aficionados and certain members of the tech community, the new app represents the very apex of a contactless payment evolution which, according to ‘A Short History of Contactless Technology,’ published by Barclays in December 2016[2], traces its roots all the way back to the first remote control system developed in 1989. Yet for those involved in the growth of contactless over the past several years, Apple Pay is only the next step in the system’s long journey, a journey which is likely to present as many challenges as it does opportunities in the months and years ahead.

Challenges for the future

In a recent article on FusionWire, (powered by financial services firm Misys)[3], journalist Jessica Furseth notes MasterCard’s intention to make contactless payment methods a standard for every merchant currently accepting MasterCard and Maestro in the EU by 2020.

In the same piece, Furseth details statistics from the UK Cards Association which shows that £2.5 billion was spent contactless in the first half of this year, with spending rising from £287 million in January 2015 to more than £587 million just six months later.

If we’re to take this as a benchmark – evidence that contactless is only going to continue its rapid ascent into our daily lives – then MasterCard’s declaration of making all their end-of-sale terminals contactless in just a few short years doesn’t seem all that far-fetched.

Indeed, it’s a perhaps a sign that we could potentially be looking towards a real boost to the European economy, simply by making the way we pay for many day-to-day items that much easier and more efficient. No more rummaging through pockets for change, no more waiting for chip-and-pin terminals to process, just tap and go.

Surely this can only be a good thing, right?

In theory, yes, though if MasterCard, Apple, and their scores of emerging rivals in the digital wallet industry are really going to make contactless as common a feature in merchant outlets as the old-fashioned cash register, they’ve certainly got a few challenges on their hands.

Consider that even today in 2015, many smaller retail outlets such as your local corner shop are still only just taking their first steps into the world of chip-and-pin, a technology that has been around for well over a decade.

In a lot of these cases, small, independent stores had a long time to wait before Points of Sale terminals became affordable, and that even then, many are still charging additional fees to cover the transaction costs involved in using these terminals, making them a fairly unattractive payment method for a good number of customers.

If we’re really going to move into a completely contactless society, making this method financially viable for merchants of all shapes and sizes must surely be one of the key challenges Apple, MasterCard et al will need to overcome.

When contactless isn’t an option

Assuming that technology’s continued evolution does manage to make contactless terminals affordable for your average small retailer, the question we should ask is this:

What happens to all the cash?

If (or rather when), we reach a time where contactless accounts for the majority of purchases in the UK, doesn’t it seem possible for high-street banks to reduce the number of ATMs they operate (think how public telephones gradually disappeared as more of us took out mobile phone contracts)?

On the one hand, this could certainly prove to be a smart move. In a May 2015 article for the Wall Street Journal[4], writer Robin Sidel reports that debit card data theft from ATMs is on the rise in the US, with a similar trend emerging here in the UK. Reducing the number of machines available and moving towards the tighter security of contactless could help eradicate such thefts.

Again, this is hardly a bad thing, but it does perhaps limit the ability to take out real money for those situations when contactless simply isn’t an option; the Sunday morning car boot sales, the church coffee mornings, the fitness class subs, all those occasions which are such a big part of British life, and for which actual paper and coins are still the easiest method of payment.

These and many more challenges are likely to be just some of things terminal providers, banks and retailers alike must begin working together to overcome if we’re to really move into a fully contactless society in the future. Still, at the speed that technology is evolving, don’t be too surprised to see the likes of Apple Pay as much an integral part of your favourite retail store sooner than you think.

[2] Hands off: a short history of contactless by Barclays Bank

[3] ‘Tapped in: The cashless tipping point is here’ By Jessica Furseth, FusionWire