Greater Manchester-based non-profit Human Appeal is involved in a range of aid and development projects across the globe, including education initiatives in Syria. Six years of conflict in the county have had a devastating impact its population, and its children are among those worst affected. 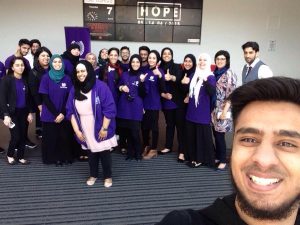 In a report detailing some of the challenges facing Syria and its people, the charity highlighted the fact that the ongoing unrest and violence is preventing many Syrian youngsters from getting the educations they require.

‘A crisis of staggering proportions’

Human Appeal chief executive office Othman Moqbel described the situation as “a crisis of staggering proportions”. He noted that in the 26-year history of the charity, the conflict in Syria has been the most challenging by far.

Mr Moqbel drew specific attention to the plight of children, noting that life for youngsters in the country is traumatic. They’re living in constant danger and many have lost family members. He added that 2.8 million children in Syria cannot go to school.

The Human Appeal report highlighted the fact that teachers are lacking experience in how to deal with traumatised youngsters, and many are traumatised themselves. It went on to note that families are making major sacrifices to try to enable their children to get an education, with many getting into debt to pay for school materials, documents and transport.

In addition, schools have been subjected to a series of attacks. In 2015 alone, UNICEF recorded 60 attacks on these buildings, killing nearly 600 children. By November last year, 39 further attacks had been recorded.

Syrian children who have fled the conflict and are staying in host countries such as Jordan and Lebanon are also experiencing problems. According to Human Rights Watch, there is widespread bullying of Syrian youngsters at schools in these countries, and teachers are using corporal punishment on them.

What Human Appeal is doing to help

Human Appeal is playing an important role in helping Syrian children to get the educations they need. In 2013, it supported a school based in a refugee camp in Idlib, Northern Syria. The charity facilitated the teaching of 800 youngsters aged between six and 15. It also launched a number of arts and drama workshops and distributed 800 books in French and English, as well as supplies including stationery kits and winter clothing.

In 2014, it provided over 450 children with education and psychological care to help them cope with anxiety and post-traumatic stress caused by the conflict. This project led to an increase in enrolments in school and better attendance among girls in the areas targeted. The charity also supported 800 youngsters in the Qah camp for Internally Displaced People, providing them with essential equipment.

Last year, Human Appeal provided support services and materials to the Batbu School in Aleppo, as well as the Al-Huda School in Turkey, which provides education to Syrian refugees.

As well as its crucial work helping Syrian children to get an education, the charity supports similar projects in a range of other countries, including Bangladesh, Pakistan, Senegal, Tunisia and Palestine.