There has been a whole lot written about how to go about saving one’s money, with a lot of information about the topic published on this here blog as well. Some of the information about saving money is even presented in more of a visually appealing fashion, such as whiteboard animation videos and even just recorded videos proper. 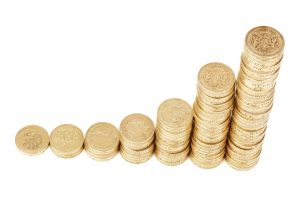 Experts have come on television shows and there has even been a selection of some paid services developed around the topic of how one can go about saving their money, so it’s clear to say that there is no shortage of information at all. In fact, one would be justified in making the case that there might perhaps be an information overload, because as much as information on the topic is so widely available, how many of us actually implement it and how many of us can honestly say that our money-saving efforts are paying off in the manner we want them to?

Re-discovering the purpose of wanting to save money

Look, if you don’t have any purpose at all for wanting to save money then even in what appears to be your hopeless situation there exists an inherent purpose which everybody has. It’s simply a matter of not wasting – it’s a matter of plugging the money-leak and putting a lid on the unnecessary wastage which most people perhaps unknowingly subject themselves to – wastage which can be uncovered by simply paying better attention to the manner in which you spend your money.

Are you travelling at peak-hours for example, only to be stuck in traffic burning fuel while idling and listening to the radio for some entertainment, perhaps?

That is but just one of the many different areas of one’s life in which financial wastages occur, but we’d perhaps do well to re-visit some of the more institutionalised ways of learning how to save more of your money.

Revisiting some of the institutional ways to save money

How about resolving to drive to work earlier perhaps and then maybe joining a gym which is within close proximity to your work? That way you won’t be burning fuel for nothing stuck in traffic and the money you save “not” burning fuel idling in traffic can be repurposed to cover those subsequent gym membership fees…

Of course how you actually go about instituting such money-saving changes will depend on your very own circumstances, but learning to shop around a bit also helps to create money-saving institutions. Law firms such as Groth & Associates for example offer free consultation, which would naturally make for a better choice than legal practitioners who charge an upfront, non-negotiable consultation fee.

While this is just another example of the money-saving mindset to be institutionalised, the ultimate goal of saving money is finding something of value to do with your savings. What can the money you would have otherwise spent on consultation fees buy you, for example? Look towards some lasting value by way of the many options you’ll have.