If one takes a look at start-ups and other businesses which go on to explode and grow into serious successes stories, one very quickly realises that there isn’t much innovation going on anymore, if any. The modern-day version of innovation is a brand new app or website which does this and that, but the technology itself is not new by any stretch of the imagination. 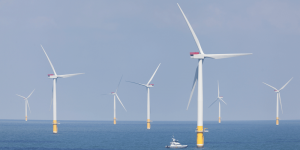 This isn’t necessarily a bad thing however because all it really indicates is that we’ve come so far along our developmental trajectory as the human race that we’re forced to look at all that we have and try to solve problems which are still plaguing us as a species.

The UK’s resolution to pull out of the European Union brings into view a burning issue which forms part of the many problems we’re still trying to collectively solve, that being our negative impact on the environment in which we live in the name of mere existence as well as development. As an entrepreneur or business minded person seeking new opportunities to generate profits while solving one of the many problems mankind still grapples with, looking at Brexit from the point of view of the greener energy sector would present you with a plethora of such opportunity. Providers of renewable energy insurance Lycetts have taken a closer look at the picture forming around renewable energy, paying special attention to the implications of Brexit on the European Union’s capacity to meet the targets they set for themselves with regards to making a move towards using more renewable energy.

Opportunities are abound on either side of the Strait of Dover for anyone who harbours desires of getting into the renewable energy sector as the UK’s place in the EU will definitely need to be filled, if only on a representative level, while in the UK itself there’s definitely a lot of room for us to make up the ground we’ve been losing on some of the leaders in meeting individual targets to generate more power from renewable sources.

Some of the leaders include Germany, which produces 38,250 megawatts of solar energy per year, Sweden, which has already exceeded its 2020 target of 49% energy consumption coming from renewable sources, and Denmark, which produces 140% of its electricity exclusively from wind power.

The hole (and opportunity gap) left from the withdrawal of the UK comes in the form of Brexit taking Scotland with it as it leaves, as Scotland supplies 97% of its household electricity through wind turbine generation.

The UK falls 10% short of its individual target of generating 15% of its energy from renewable resources by 2020, which would mean that in its individual capacity it’ll have to step up its game quite considerably, therefore opening up a world of opportunity for emerging green energy businesses. So while the EU’s figures might actually be impacted positively by the Brexit, the opportunity will always be there and by no means has investment in the UK’s green energy resolution been halted.